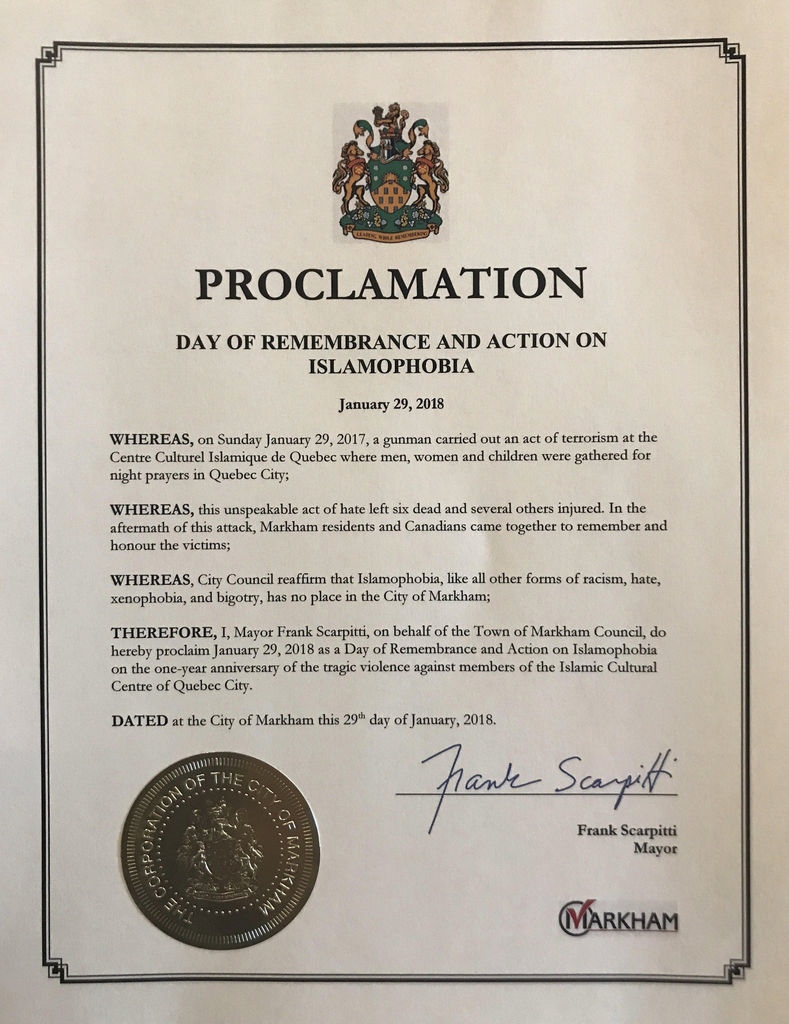 To the long list of dupes of political Islam, we can now add the name of the mayor Frank Scarpitti of the Ontario city of Markham, who has issued a proclamation, dated 2018-01-29, in which he declares that “Islamophobia, like all other forms of racism, hate, xenophobia, and bigotry, has no place in the City of Markham.” Whatever his intentions may be, the result of the mayor’s proclamation is to validate the use of one of the favourite propaganda tools of Islamofascists—the expression “Islamophobia”—whose purpose is to stigmatize any criticism of their ideology and of the religion Islam which they exploit in order to promote that ideology. Another sad day for Canada.

The false equivalence between “Islamophobia” and “racism” asserted by the mayor’s proclamation is not merely illogical. It is very dangerous, because it conflates the necessary criticism of religion with bigoted prejudice against a category of human beings. Indeed, this sort of declaration may very well increase the risk of events such as the Quebec City mosque massacre, because it confirms that our politicians are hopelessly naïve and unprepared to face the threat from religious fanaticism, thus deepening legitimate fears among the general population and increasing the danger of unstable individuals taking radical, violent action.