Communitarianism, the Main Threat to Secularism in Canada

Canada is not a secular country. Its constitution and laws are riddled with religious interference. Nevertheless, the population is not very religious. The unaffiliated, as well as non-practising believers, are increasingly numerous. But the secularization of public institutions is greatly hampered by two unavoidable factors:

Firstly, multiculturalism, i.e. communitarianism, is the official ideology of the federal government. This policy, often confused with cultural diversity but which is more closely related to cultural relativism, implies that a person’s ethno-religious identity is more important than their citizenship, especially for minorities. This ideology is a sacred cow in Canada, promoted as a solution to racism but which, in reality, has rather the opposite effect by being divisive. 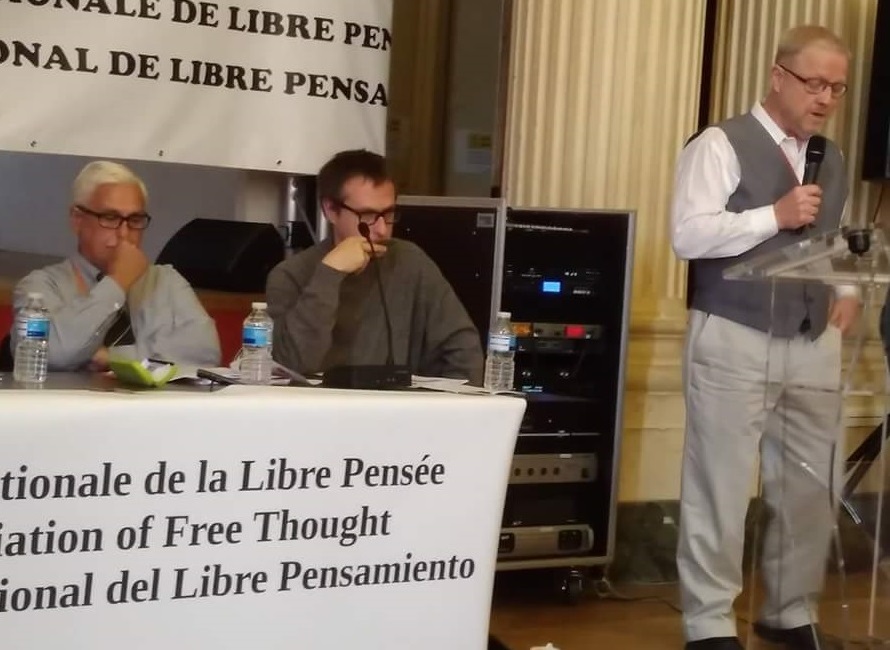 Secondly, the “two solitudes” of Canada, that is the major split between the two main languages groups, francophones who form the majority only in Quebec and anglophones who form the majority everywhere else. To the extent that secularism enjoys support in Canada, the type of secularism is very different in the two groups. In Quebec it is republican secularism (i.e. laïcité), in the French tradition, which is preferred, while in the rest of Canada it is the English tradition of Lockean secularism (c.f. John Locke), a truncated and incomplete form of secularism which does not involve state-church separation and state neutrality is interpreted as equality among competing religions rather than equality between religion and irreligion. The fact that the English Lockean tradition dominates seriously limits attempts to secularize.

Religious privileges can be found in several places in Canadian federal legislation: 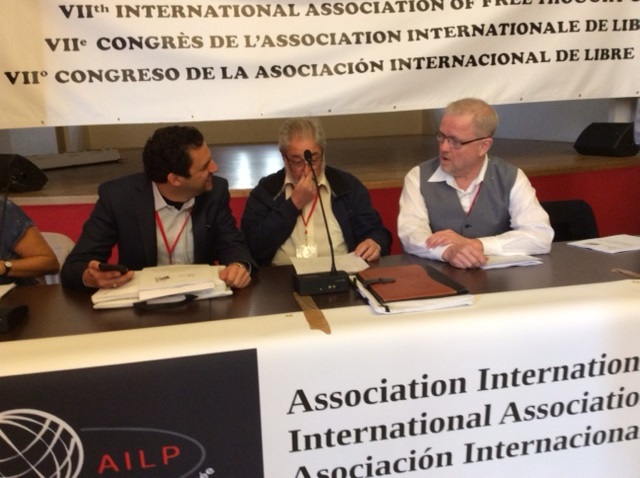 The Prime Minister of Canada, Justin Trudeau, has the odd habit of frequenting places of worship such as mosques and Sikh temples, sometimes wearing a costume of the religion in question, obviously trolling for votes. This highly nonsecular practice is considered by fans of multiculturalism to be proof of his goodness and openness to much-hallowed “diversity”. Recently, a leader of the Ahmadi Muslim sect visited Canada and Canadian authorities allowed him and his co-religionists to hold a prayer session inside the Canadian parliament!

Although attitudes are somewhat different in Quebec, the forces of communitarianism exercise all the influence they can in order to stifle this particular feature of Quebec society. You have no doubt heard the story of the Charter, proposed in 2013 by the government of the time, which would have made the Quebec state formally secular. This Charter met with fierce opposition, especially from Islamists and from their objective allies, multiculturalists. It was the ban on religious symbols worn by public servants which met with the greatest resistance. Within Quebec basically all secular groups (including our organization AFT) supported the Charter while, outside Quebec, most self-styled secularists opposed it (but fortunately not all).

This Charter of Secularism died when the government was defeated in April 2014, but the population of Quebec remains strongly in favour of secularism. The government elected at that time and still in power is that of the Liberal Party of Quebec, a right-wing party despite its name, which promotes economic austerity and opposes secularism ferociously. The Party’s leader, Premier Philippe Couillard, has even declared that fundamentalism is a private affair and harms no-one, although, more recently, he also declared that Muslims have a responsibility to denounce the (in his words) “perversion of Islam” which is used to justify Islamist terrorist atrocities.

Recently, following a patient’s complaint, a Quebec City hospital withdrew a crucifix from display, citing religious neutrality as the reason. But that decision caused an outcry of protests, including a petition with more that 13 thousand signatures, so the hospital reversed its decision and re-installed the crucifix, this time referring to the object’s heritage and historical character. What we have here is an example of communitarianism from Quebec’s Catholic majority (even though most are non-practising), undoubtedly in reaction against the successes of Islamists and their dupes.

The current government has proposed a bill whose stated intent is to establish the religious neutrality of the state, to ban face-coverings in the public service and to regulate cases of “religious accommodation”. But the provisions of this regulation are so vague that, in the final analysis, almost any religious symbol is allowed, even the full veil. The bill will probably be adopted into law before the next elections. We of the organization AFT presented a brief, as did several other pro-secular associations, before the parliamentary committee charged with studying this draft bill.

In Canada, freedom of expression is threatened by three parliamentary motions condemning so-called “Islamophobia”, a term which Islamists love because it stigmatizes anyone who criticizes Islam. The most recent of these motions is M-103, adopted on March 23, 2017 by the Canadian parliament, one of whose principal goals is to “condemn Islamophobia and all forms of systemic racism…”. We see here the deliberate conflation of religion and race, even though the two attributes are completely different, religion being an acquired characteristic, like a political opinion, whereas so-called “race” is based on innate, inherited attributes. This confusion enables the defamation of those who criticize Islam by making false accusations of racism against them.

Fortunately Motion M-103 does not have force of law, but it nevertheless represents a step towards the eventual adoption of a new anti-blasphemy law. Such a law would likely be worse than paragraph 296 (soon to be repealed) because it would give priority to one religion in particular, Islam, to the detriment of others, thus provoking inter-religious conflict.

Among the damage caused by Canadian multiculturalism, probably the most notorious case is the unfortunate victory of Zunera Ishaq, an Islamist fanatic who won, in a Federal Court decision, the “right” to wear the niqab at her citizenship ceremony, using the Canadian Multiculturalism Act and the citizenship regulation mentioned above to support her case.

You undoubtedly know that apostasy is severely repressed and criminalized in Islam, even punishable by death in some countries. This constitutes an absolute negation of freedom of conscience. Communitarianism, which labels each individual with the seal of his or her ethno-religious origins, is a sort of light version of this repression, a small negation of freedom of conscience, a refusal to recognize the individual independently of his or her origins. It is an attitude which can only empower the most pious and the most fundamentalist of religious spokespeople.

To conclude, I would like to return to the major difference between republican secularism and Lockean secularism. Only the latter can be compatible with communitarianism.

In this regard, the history of Canadian multiculturalism is very revealing. In 1963, Prime Minister Pearson — predecessor of Pierre-Elliott Trudeau, father of the current Prime Minister — set up a “Royal Commission on Bilingualism and Biculturalism” whose recommendations were to guide the language policies of the federal government for the decades to come. But a few years later, the principle of “biculturalism”, referring to English and French cultures, was gradually replaced by that of multiculturalism which granted a certain status to a diversity of cultures, including those of immigrants. The result, in the long term, was that English increased in importance while French lost out, becoming relegated to a status not much greater than that of other minority languages. 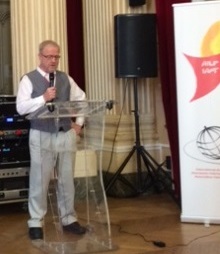 Thus, ironically, Canadian so-called multiculturalism turns out to be a monoculture: i.e. domination by Anglo-Canadian culture over all others. And as the French language in Canada gradually lost in importance, so too certain aspects of French culture became devalued, even denigrated, in particular republican secularism in the French tradition. Furthermore, the development of a Quebec independence movement led to a wave of fear and animosity from Canadians outside Quebec, while multiculturalism is for many Anglo-Canadians a matter of pride. These two factors clearly fuel the discord between the two groups. Republican secularism is increasingly discredited, vilified and associated with xenophobia and intolerance.

Denigrating secularism and those who promote it is an obsession of multiculturalists. Justin Trudeau has compared supporters of Quebec’s proposed Charter of Secularism to Donald Trump supporters. He and others have attempted to blame the public debate generated by that Charter for the killings at the Quebec City mosque in January of 2017. Thus, supporters of secularism are accused of near-complicity in a massacre! Furthermore, anyone who criticizes Motion M-103 risks being labelled right-wing or even extreme right-wing.

The current situation does not look good. I am very pessimistic about the near future. However, the population of Quebec remains strongly attached to the principle of secularism. Throughout Canada, and especially in Quebec, religions inspire increasing mistrust. The resurgence of religious practice and religious violence which we see currently is perhaps nothing more than the death rattle of religion at a time when the vacuity and danger of religions become increasingly obvious and while believers turn into ex-believers at an accelerated rate.