An appeal received from Afghan atheists.

I am Kaihan (I am using an alias name for security reasons.), and I am currently living in shadow in Afghanistan. I am a founding member of an atheist non-registered organization which has been active but under the radar for the past 3 years in Afghanistan.

Around 3-years back, 5 of my friends and I got together and formed an organization including both males and females. In that organization we were sharing atheistic believes which we had in common. Considering the very conservative and strict Islamic society in Afghanistan, we couldn’t openly talk about our believes in public or even among youngsters. Since we knew about each other’s ideology; we could easily have small get-togethers and talks.

Gradually we thought of expanding our group and bringing others to join us. In our talks we tried explaining atheism and atheistic believes to the new comers as majority of the people in Afghanistan haven’t even heard of this term let alone having no information about it. Moreover; we occasionally analyzed our community and the Islamic believes our society had. We also discussed about rationalism in our gatherings. Our group expanded in short time and we had meetings every two weeks or monthly. Later, we changed our group to an organization as our number grew. 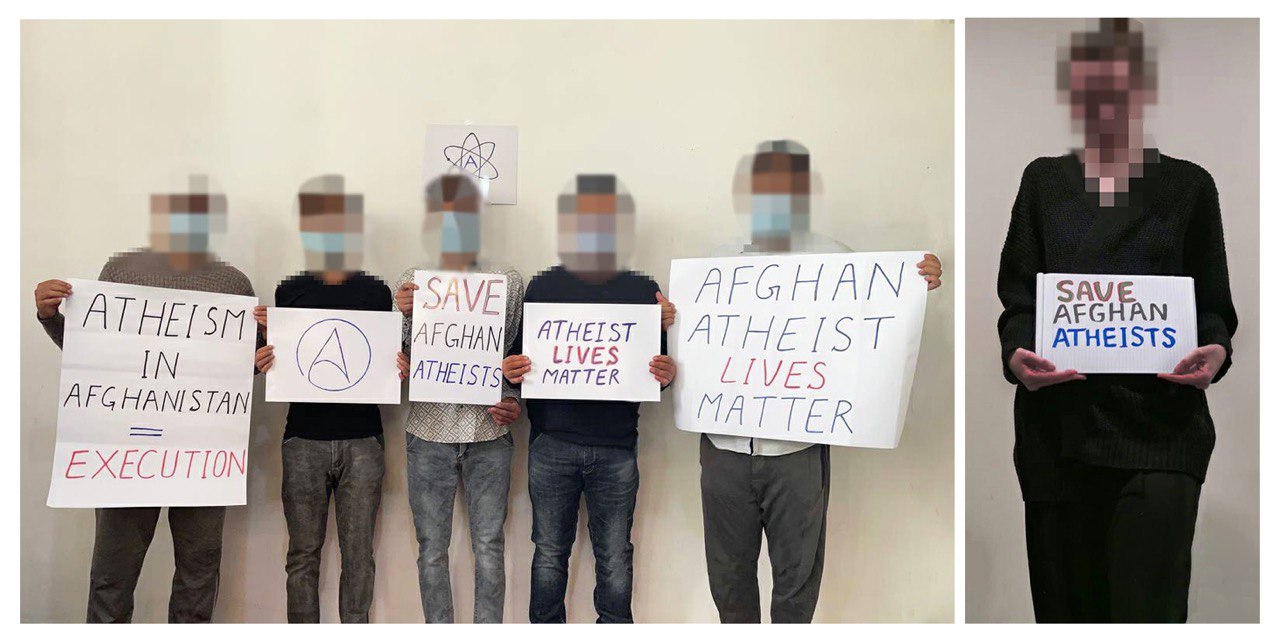 As far as atheism and Islam don’t go side by side and according to the Islamic Sharia Law, atheists are infidels and subject to severe punishments and death, we never thought of registering our organization legally with the government. We usually held our meetings in one of our member’s house.

In the recent crisis, the collapse of the government and arrival of Taliban (a conservative Islamist group), many members of our organization have gone missing. In fact; we are sure of one of them who was taken by Taliban around 2 weeks ago and since then we don’t know about his location and well-being. We suspect the same for others who have disappeared. However, we also doubt that some might even have started working with Taliban. Because we have had encounters with people who didn’t agree with what we were preaching in the past. Our identities are known to them and the ones we have discussed our thoughts in the past; therefore, since the arrival of Taliban we are in the shadow and continuously have changed our stay in order not to be tracked by Taliban.

Because our community unlike the Afghan Christian Community and others isn’t a well-known and established one, we can’t raise our voice too high. Our best choice is to write for the papers which are read by the public so that they may be the voice we cannot be. We call upon those who are working for atheism to help us evacuate from Afghanistan as we are at a high risk of getting caught and killed by Taliban.

Help us for keeping the voice and freedom of thought/beliefs alive in the world.

For A More Peaceful World!

2 comments on “Save Afghan Atheists!”