The Act respecting the laicity of the State (Bill 21) Before the Courts
Oral Arguments of AFT, 14th December 2020
Quebec Superior Court

In the Same Series: 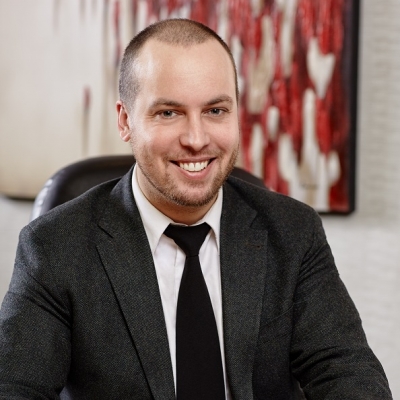 At the end of the afternoon of December 14th 2020, the second-last day of legal proceedings in the case Hak versus Attorney-General of Quebec (AGQ), Maître Samuel Bachand presented the oral arguments of our organization Atheist Freethinkers before Quebec Superior Court at the Montreal courthouse. Maître Bachand is the principal author of our brief (in French) of written arguments, submitted to the Court on October 9th, prepared in collaboration with his colleague Maître Marc-André Nadon, both of the law firm PFD Avocats.

To underscore the first point, Maître Bachand pointed out that Bill 21, in its definition of secularism (laïcité) in Section 2, makes that necessary distinction between the two freedoms by specifying that one of the four principles of secularism is “freedom of conscience and freedom of religion.” In response, Justice Marc-André Blanchard remarked that he is already in the habit of distinguishing between these two freedoms.

The consequence of the second point is that, in State institutions, manifestations of faith by agents of the State do not fall within the purview of freedom of religion but rather freedom of expression and are therefore subject to intrinsic limits. Thus, to be consistent with the State’s duty of religious neutrality, a ban on these agents wearing religious symbols is necessary to respect the freedom of conscience of citizens in general and of atheists in particular. In fact, added Maître Bachand, to be consistent, all symbols of personal convictions, whether they be religious, anti-religious or political, must be banned in this context.

In his oral arguments, Maître Bachand outlined the various possible levels of State intervention, that is, the degrees to which a democratic State can legitimately intervene in order to protect the common good, public order and the rights of others. At one extreme, at the most intimate level of freedom of conscience and freedom of religion, the State does not intervene at all, because these freedoms are practically absolute in this context. Then there are various levels such as private space, places of worship, public space and so on, where State intervention becomes gradually a little more necessary and relevant. Finally, at the other pole, we have the case of an agent of the State or a teacher, in civic space, where the State must intervene in order to restrict manifestations of personal conviction, out of respect for its duty of religious and political neutrality.

To conclude, Maître Bachand provided a practical illustration of these various issues: the example of an atheist who is a customer of a convenience store where a religious symbol, such as a crucifix or other symbol, is displayed either on the wall or on the person of the cashier. The atheist may well be annoyed by this religious display, but the convenience store owner is within his or her rights. Well then, asked the judge, how is this different from the case of a civil servant wearing a religious symbol on the job? Maître Bachand answered this question by explaining that the atheist is free to patronize a different convenience store; however, the atheist cannot choose another government or State because there is only one.