RPL: Open Letter to the CMAJ: Concerning the Hijab Worn by Young Girls 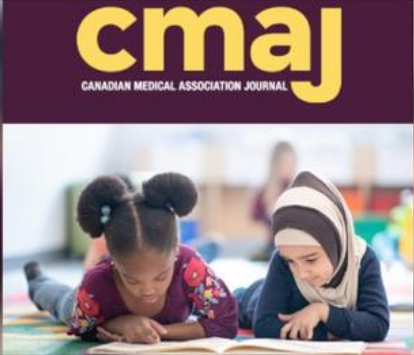 The controversy continues in the case of the photo of a little girl wearing the hijab, published on the cover of the Canadian Medical Association Journal (CMAJ). The very relevant letter from eminent pediatric surgeon, Dr Sherif Emil, entitled “Don’t use an instrument of oppression as a symbol of diversity and inclusion” which the CMAJ subsequently published, sparked complaints. First the CMAJ apologized for publishing the letter, then announced it was reviewing its entire process for publishing letters and finally decided to completely remove Dr Emil’s letter from its publication and website (so we cannot link to it)!

Let us review the circumstances and the gist of this controversy.

The practice of veiling young girls, and the ensuing discrimination, segregation and negative effects on the self-image of the girls who are subjected to it, is harmful and unacceptable. It is perfectly legitimate to question this practice. It should be noted immediately that we are not talking here about adult women who choose to wear the hijab, but about children on whom it is imposed. When CMAJ’s interim editor-in-chief, Ms. Kirsten Patrick, apologizes for posting Dr Emil’s letter and says “CMAJ will always respect and support the right of women to choose to dress as they wish,” she chooses to deflect the debate and demonstrates intellectual dishonesty. The issue here is not the free choice of women, but the imposition of the veil on girls.

Furthermore, promoting the practice of veiling young girls and portraying it as trivial or normal by disseminating this image on the cover of a medical journal like the Canadian Medical Association Journal (CMAJ) is unacceptable.

Dr Sherif Emil had the courage to denounce the publication of this image and the practice of veiling young girls which, by the way, is quite marginal among Muslims. He did so with respect and nuance.

The National Council of Canadian Muslims (NCCM) and the Muslim Medical Association of Canada immediately accused Dr Emil of Islamophobia and decided to make him pay for his actions, using complaints, calls for investigation into his medical practice and denunciations made to his educational institution and to the media.

As a result, Dr Emil became the target, within days, of numerous complaints, intimidation attempts and threats. Even though many supported him privately, no one stood up publicly to defend him. In the end, he apologized and publicly recanted in a long, nuanced letter, explaining the reasons for his initial approach.

In an act of cowardice, the CMAJ finally decided to give in to pressure from the National Council of Canadian Muslims and to withdraw Dr Emil’s article from its platform. While his article raised very real issues related to the veiling of girls, issues that need to be discussed, we can no longer refer to it. The withdrawal of the article is totally unacceptable in a free and democratic society. In addition, the attitude of the CMAJ caused irreparable harm to Dr Emil who had raised, in good faith, legitimate questions about this practice.

The Canadian Medical Association Journal may silence Dr Emil and withdraw his article, but the fact remains that the veiling of girls is an unacceptable practice that has consequences for the lives of children involved. In this regard, we cite two reactions from women who suffered, as children, this imposed veiling. They are Yasmine Mohammed and Masih Alinejad. By deciding on censorship, CMAJ denies, hurts and humiliates these women, and thousands of others like them, who fight to end this practice.

Finally, this controversy raises important questions: should we, in the name of “diversity and inclusion,” promote practices such as the veiling of young girls which are the actions of a very small minority and are above all sexist and harmful to the harmonious development of the child? Also, when an eminent pediatrician raises questions about the trivialization and promotion of this practice, should he be censored, silenced, banned and his legitimate article withdrawn from a serious scientific journal, on the pretext that it could promote “Islamophobia”? Should we not address these questions openly?

What about the freedom to speak up and have a real debate in our democratic society?

2 comments on “RPL: Open Letter to the CMAJ: Concerning the Hijab Worn by Young Girls”