In the News:
Launch of Prix de la laïcité Guy-Rocher 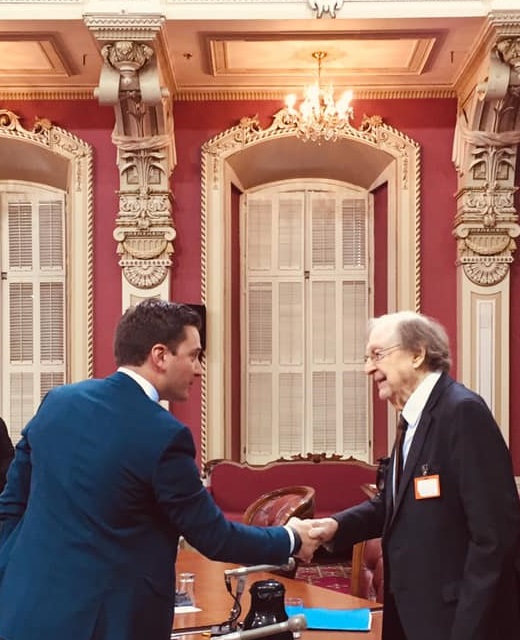 The Minister responsible for Secularism and for Parliamentary Reform, Monsieur Simon Jolin-Barrette, announces the creation of the Prix de la laïcité Guy-Rocher to honour, each year, a person, organization or group having contributed to the cause of secularism. This award pays tribute to the emeritus professor of sociology, Mr. Guy Rocher, one of the great actors and promoters of the secularization of the Quebec State, who graciously accepted that this new award bear his name, following a proposal from the minister.

This prize is one of the initiatives that the Minister responsible for Secularism intends to deploy to promote State secularism, affirmed through the law of the same name, adopted on June 16th 2019. The laureates will be awarded a work created by an artist from Quebec, as well as a certificate signed by the Minister, which will attest to the achievement of the distinction. The first winner will be named on June 16th 2021.

Excellent news! Guy Rocher, emeritus professor of sociology at the University of Montreal, is a major figure in the development and secularization of public schools in Quebec. In the photo, Monsieur Rocher is before the parliamentary commission to testify in favour of the Draft Bill 21 in May of 2019. Monsieur Rocher was also a witness for the Attorney-General of Quebec (AGQ) before Quebec Superior Court during the challenge to Bill 21 in November and December of 2020, but was unable to appear before the Court for reasons of health and advanced age.