↓ Skip to Main Content
Home › In the News › In the News: Femen denounces the visit to France of the Torturer of Raif Badawi

In the News: Femen denounces the visit to France of the Torturer of Raif Badawi 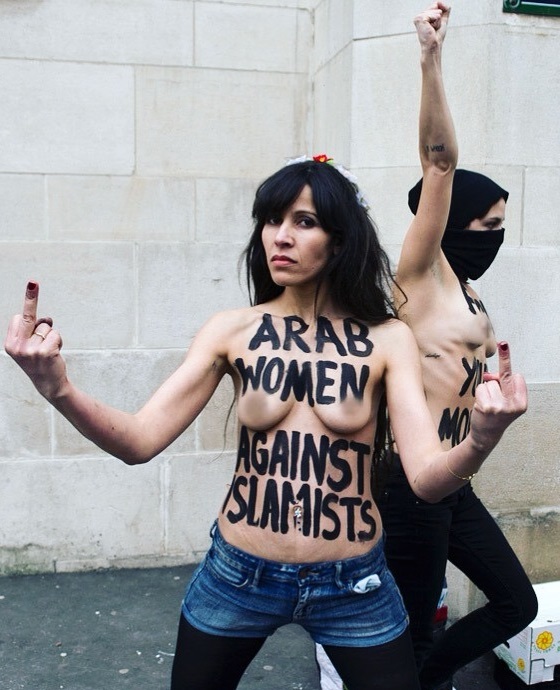 The Foundation of Islam of France and the Muslim World League together organize an “International conference for Peace and Solidarity” tomorrow on the 17 of September 2019.

The conference will be opened by Mohammed bin Abdul Karim Al-Issa, the ex-minister of justice of Saudi Arabia who among others condemned the blogger Raif Badawi to 10 years in jail and 1000 lashes.

Mohammed bin Abdul Karim Al-Issa is invited to France as the current General Secretary and chief of the Muslim World League, an organization financed by Saudi Arabia, the country where freethinkers and women suffocate under oppression of the Islamic theocratic regime.

This invitation is an insult to the secular and humanist values of French society. It is an insult to freethinkers, to secular Muslims and to women who suffer under oppressive Islamist ideology. By welcoming and honouring an extremist like Mohammed bin Abdul Karim Al-Issa the Foundation of Islam of France shows its support to political Islam which threatens the lives of many people across the world and in France.

Text and photo from the Facebook page of Femen, an international movement of women, from around the world, founded in Ukraine in 2008. Mission: “Our goal is the total abolition of patriarchy in all its forms.”