↓ Skip to Main Content
Home › In the News › In the News: Poland: KŁF Denounces Judgment Against NIE for Blasphemy

In the News: Poland: KŁF Denounces Judgment Against NIE for Blasphemy 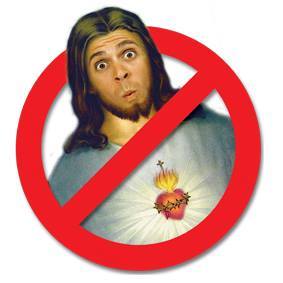 Jesus is amazed because statistics show that believers are leaving the faith.

The Kazimierz Łyszczynski Foundation expresses its outrage over the unjust judgment concerning publication of the caricature of Jesus in the weekly newspaper “NIE” (NO). The fine of 120,000 pln (more than US$30,000) plus legal costs total 150,000 pln, which is many times higher than any fine ever ordered by a court for the offense of religious feelings (article 196 of Penal Code).

The judgment’s reasoning is bizarre, because it is difficult to find any criticism of an object of religious worship, expressed in an “abusive, derogatory and degrading” way, when we look at a gentle cartoon depicting an amazed Jesus. Such an interpretation was given to this law by the Constitutional Court in 2015 on the request of another “blasphemer” Dorota Rabczewskiej (Doda) to examine the conformity of article 196 with the Constitution.

It is therefore an unfair judgment and a disproportionate punishment even if we assume the decision of the Constitutional Court to be fair. However, from the atheist viewpoint, it is difficult to consider this law to be fair and in conformity with article 25 (2) of the Constitution, as pointed out by many experts. It is a scandal that while practically all European countries are getting rid of this bastard of medieval canon law (i.e. United Kingdom, Denmark, the upcoming referendum in Ireland), the Polish state in alliance with the Church try to return Poland to the darkness of a bygone era.

The adoption of this law in 1997 was inconsistent with democracy, while its current application is a blatant mockery of democracy.

It is a political judgment, which aims not only to condemn the independent satirical and anticlerical magazine to bankruptcy and to provoke a “chilling effect,” but also to intimidate both media and society. We shall not let Polish law become an instrument of religious oppression as is the case for the Shiite regime of the Ayatollahs or the Sunni theocracy in Saudi Arabia! We shall not allow the state authorities to condemn free media to death, acting like the fundamentalist attackers of Charlie Hebdo!

Regardless of one’s sympathy or antipathy for Jerzy Urban and his weekly “NIE” we call for the defense of freedom of expression, freedom of conscience and freedom of the media, because without them there is no democracy. 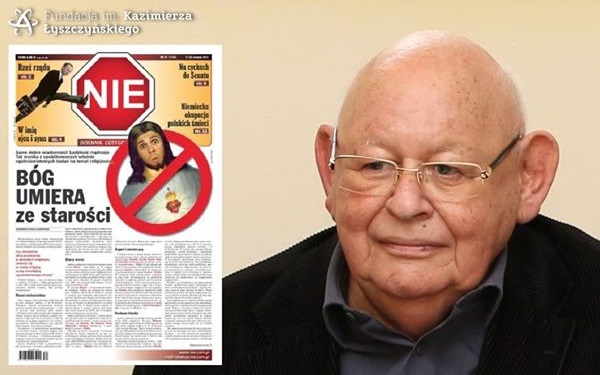