In the News: President of Tunisian Tunisian Assaulted 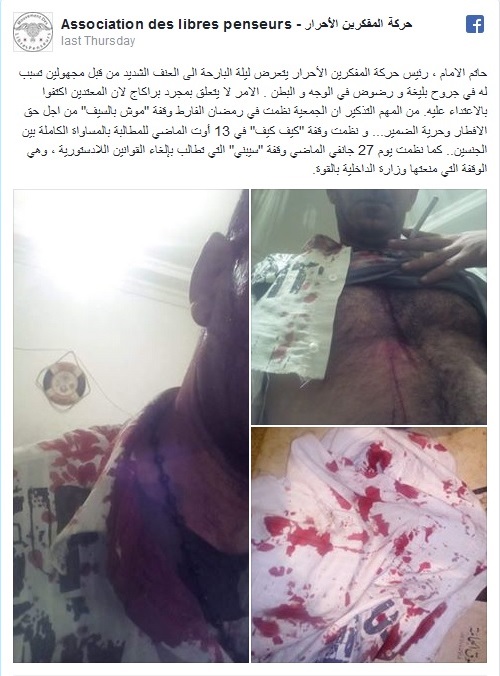 On February 21st in Tunis, Hatem Limam, president of the Tunisian freethought organization ALP, was assaulted openly in the street by individuals who followed him to his home and caused him multiple wounds and contusions. The French Freethought Federation (FNLP) has written an open letter to the Tunisian ambassador in France, Abdelaziz Rassâa, condemning the attack and asking the ambassador to urge the Tunisian government to take all necessary measures to protect freethinkers in that country and to see that the perpetrators are brought to justice. The ALP, which promotes atheism and secularism, was officially recognized in October 2017.

The IAFT (International Association of Free Thought), KLF (Kazimierz Lyszczynski Foundation, Poland), IHEU (International Humanist and Ethical Union) and other organizations have also expressed outrage at the attack and solidarity with Tunisian freethinkers.