↓ Skip to Main Content
Home › In the News › In the News: Poland:
Launch of Campaign Against Religious Homophobia

In the News: Poland:
Launch of Campaign Against Religious Homophobia

The Kazimierz Łyszczyński Foundation, together with partner organizations, has launched a billboard campaign “Stop religiously motivated hate.” The campaign will take place in 22 Polish cities and will have an international dimension as well. The first part, taking place during Equality Month, aims to raise awareness of society’s responsibility for the tragic consequences of LGBT+ rights violations, and to show that an alternative is possible. 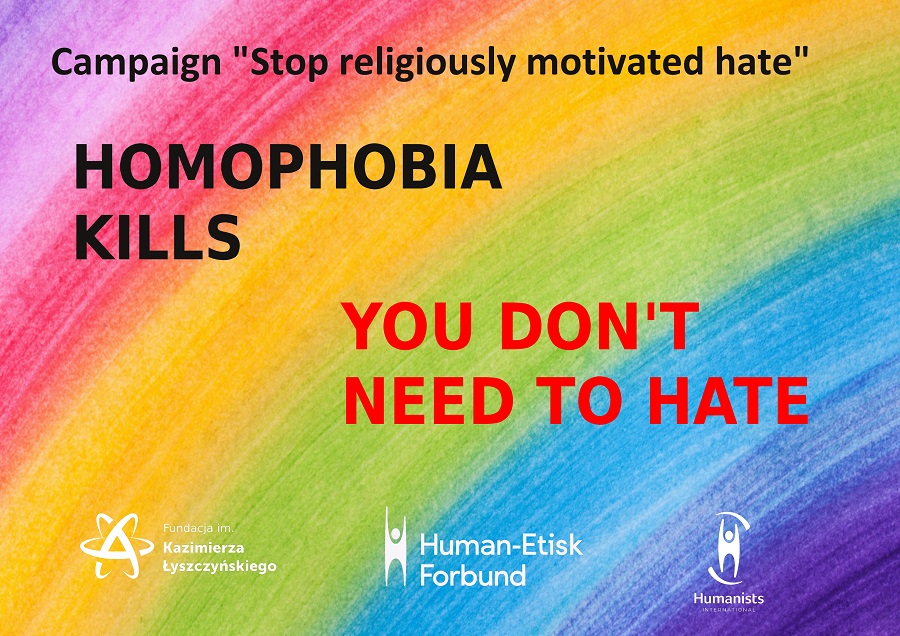