As we did last year, our association Atheist Freethinkers participated in the Montreal LGBT pride parade on Sunday August 17th 2014, to express our opposition to homophobia whose principal cause is religious dogma.
Here are a few photos. More will be added soon. 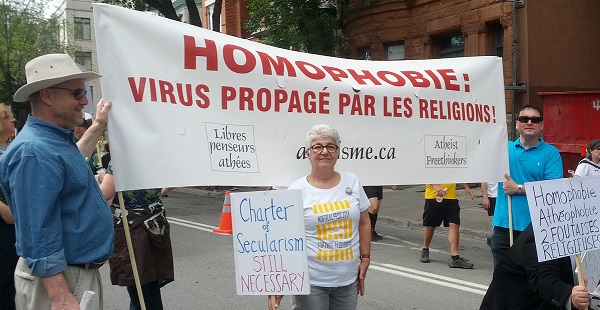 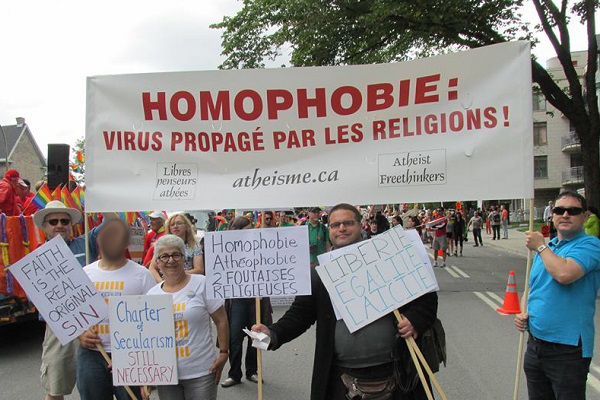 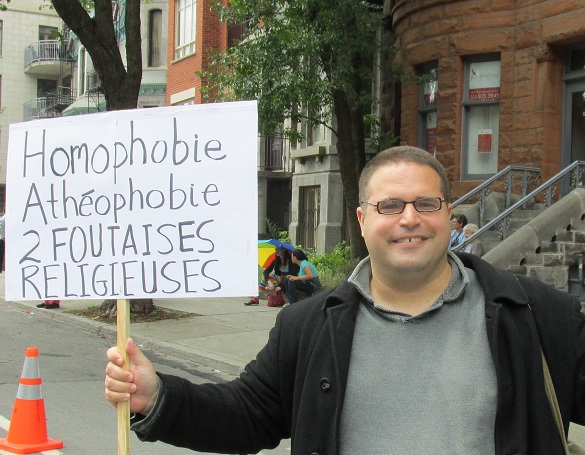